You Never Know What's Wrapped Up in a Child 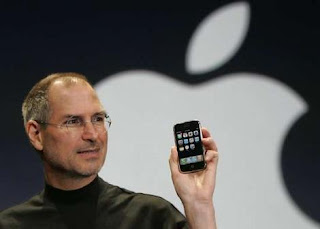 Upon hearing of the death of Steve Jobs, co-founder of Apple, I learned from media reports that he was adopted. Born in 1955, he was the biological son of university graduate students. I thought about how his mother made a decision to bring him into this world, but I'm sure at the time she could have never imagined that her baby would grow up to be described as "a pioneer" who "changed the world."


It got me to thinking about others who people have dismissed or would have never thought would be lauded and applauded by the world or accomplish "great" things. It got me to thinking about how some people might have acted differently if they had known what those children would grow up to be. It made me think we never know what is wrapped up in a child.
It also made me think that it shouldn't matter if we knew or not because whether we make "great" accomplishments by the world's standards or not, that by God's standard we all have a calling, a gift and greatness that He has placed inside of us. For far too many that calling is crushed when we are children because of the cruelty of others.
I wrote these thoughts/poem/musings as a result of those reflections.


You never know what’s wrapped up in a child

If she would have made you sleep on the porch
Would she have despised you because you were darker
Esteeming the fairer
Judging you by her hatred of her own and the color of your skin
If she knew the greatness you had within.

You never know what’s wrapped up in a child

You never know what’s wrapped up in a child

What’s wrapped inside every child
Is greatness that God placed within each and every one of us
For we were created in His image
Every child is great
Every child is Oprah, Obama and Steve Jobs
Every child has a gift that God has placed inside of him
We all have a call 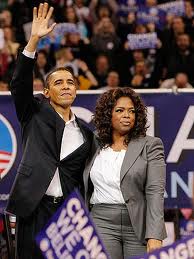 Oh Monica whatca beautiful testament to the lives if children everywhere and the potential for what they can and will become. Children must be nurtured and lived so they in turn can spring forth wonderful ideas and innovations, and aspirations to change the world!!! Thank you , Monica , for reminding us of the importance of children and what they bring to our lives.