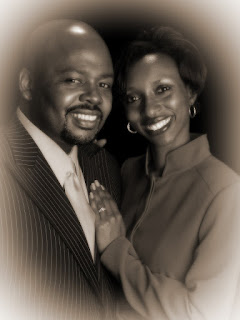 Fountain is the wife of John W. Fountain who is a professor of journalism at Roosevelt University in Chicago and author of True Vine: A Young Black Man’s Journey of Faith, Hope and Clarity and Dear Dad: Reflections on Fatherhood. Fountain and her husband are the parents of two children.
Posted by Monica Fountain at 10:46 AM

I think this an awesome and website. Monica Fountain is one of the most wonderful individuals I have ever known. Her kindness goes beyond compare and she is very humble with her accolades. She is a wonderful mother, wife and friend. She has been my friend for well over 8 years and I feel truly blessed to have her in my life. Keep on going my sistah.
Saundra

Monica,
You are a jewel in our Father's crown and a treasure to the Body of Christ! I pray that you will continue to use your gifts to edify and exhort the people of God. I am looking forward to learning from you by reading your blog and seeing you at work. God bless!