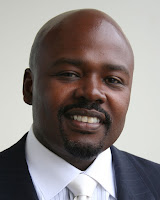 Early one Sunday afternoon, I walked to the front of the church, toward the pulpit, to have words at the behest of my grandfather, the pastor.
Unsure of what to say, I could still hear the words of my dearly departed grandmother’s spirit-filled voice ringing inside my head: “Let the Lord use you, John Wesley.”

I stood before the small congregation and mouthed the proper honors to the pastor, the assistant pastor, the deacons and such… Then came my sacrilege.

“You know,” I said, “they told me as a child that only (people in our denomination) were going to heaven.” Then I dropped the bomb: “I guess I’m on my way to hell… because I’m Baptist.”

There was a collective gasp, then laughter.

“No, uh, I’m not,” I declared, laughing. “I’m not going to hell. The truth is, I have learned that all truly Christian churches are churches of God in Christ Jesus; and that there is one Lord, one faith, one baptism…”

I left the pulpit to a chorus of Amen’s, though feeling uneasy, if not queasy, over what I had said—feeling like a religious misfit. I always have.

Raised as a fire-and-brimstone Pentecostal at a small family church in Chicago, I was often uncertain about their antics, about whether their demonstrations of the spirit were authentic. I was especially leery of the notion that everyone, except us, was going to hell as my “sanctified” family had assured.

As a boy, I wondered why it was “sin” to go to the movie theater, or for women to wear makeup or pants, or to listen to any music other than gospel. It seemed everything was sin, even dancing the boogaloo.

The problem with our Christian cousins—the Baptists—the saints said, was that they smoked cigarettes and drank liquor, partied on Saturday and praised on Sunday. And for it, Baptists were going to bust hell wide open, we had been assured. Still, I couldn’t help but wonder what all that backbiting and gossiping I had witnessed among “the saints” would earn them in that great day.

Our negative view of Baptists wasn’t just their smoking, but their general so-called lack of commitment to a sin-free way of living 24-7.

As I grew older, I heeded my grandfather’s instruction to always find a church within my denomination in whatever new city life’s wind carried me. Usually, that meant simply thumbing through the yellow pages.

Along the way, I found good churches and wonderful God-fearing people. But I also found my faith challenged, perhaps none more than by my wife—a good Christian woman who happened to be Baptist. She challenged me less by what she said and more by how she lived. Raised by Baptist parents, she grew up in her father’s church. Her daily walk with Christ seemed to reflect a deep commitment and yet liberty that I had never known. It was clear to me that her conception of who she was in Christ was not based on denomination or religion, but on relationship, on the principle of God’s grace and love and willful obedience to His word.

That was what I was trying to express that Sunday. Later that week, I got an email from a sister who had been in the congregation:

“I was glad to hear you make the statement in the pulpit Sunday that you are a Baptist and are not going to hell,” she wrote. “I wished that my husband could hear you.”

He had been coming to church after his mother died and was “emotionally distraught and felt the need to get closer to God.

“He was doing pretty well for a while coming to church with me on Sundays. Then a comment was made by someone in the church (I'm not going to mention the name) that Baptists were no good. …I explained to him that the comment was the person's opinion. …He stopped going to church altogether.

“I wished that he could have heard you today…” the note ended. “You hit the mark today!”

Still, I found no rejoicing. For the cold truth was that by the time of my proclamation, this sister’s husband was dead—and he had died apparently mortally misled about the gift of eternal life.

That saddens me. But what chills me to the bone is to ponder the fate of those who have misled, or who continue to mislead others down the path of religion rather than into relationship with Christ.
Posted by Monica Fountain at 6:45 PM

Girl, when I was growing up I thought only the Dixons were going to heaven...for real. LOL!

As I look at the wreckage and carnage that is left behind by the words of those who feel like they have a corner market on salvation, I know there's a lot of work to do for the Kingdom.

Continue being a source of inspiration and encouragement to everyone who reads this blog.