When my husband read the breaking news alert from his Blackberry, I literally felt my heart sink. Michael Jackson was taken to the hospital. Then he told me he had died. I grabbed my heart. 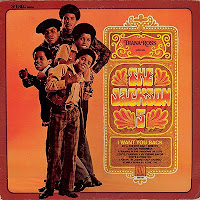 “That’s my childhood,” I said.

My husband said he had not died. At that point it was just a rumor. I prayed that he would be alright. But later the rumor proved to be true. A sadness settled in my heart.

I never saw Michael Jackson in life, but he was so much a part of my life. I grew up with Michael Jackson. The year I was born, 1968, the Jackson 5 signed with Motown. Jackson 5 posters were taped to my bedroom wall. The first album I ever bought was “Off the Wall.” Who could ever forget the Black History program in high school when students recreated “Thriller” on stage? Who can forget the thrill of seeing the video “Thriller”? Who can forget the electrifying performance on the Motown 25 special when Michael moonwalked across the stage?

I felt a loss, almost like a family member had died. He was like a cousin who you grew up with but hadn’t seen in years and when you saw them they were a semblance of their former self.

Earlier in the day, I had been at my mother’s house, helping her clean out her basement, taking stuff to the Salvation Army. She had told me if I wanted any of my stuff from college that was taking up space that I should claim it before it was tossed.

I scanned through a box of papers from college and found some of my old columns from when I was a writer for the Daily Illini. The first column I ever wrote for the paper, “Beauty not defined by one set of standards” in October 1987 started out “Michael Jackson is a stranger to me.”

I went on to write: “Michael no longer looks like the Michael that I use to know. His nose is pointed, his skin is pale and his curly hair hangs down his back. He has changed. Some people say that he let success go to his head. Some say he’s on an ego trip. Some say he is a weirdo. I say he’s giving America what it wants.”

Besides his increasingly strange appearance and behavior, allegations of child abuse dogged Michael in his later years. Whenever I saw Michael Jackson’s face in recent years, I would feel a little sad. Gone was the beautiful, flat nose, brown-skinned African-American boy with the Afro, replaced by a frail ghost of man. A man who constantly seemed to be trying to be Peter Pan and recreate a childhood that was lost to celebrity and abuse. A man who was surrounded by people who would tell him anything he wanted to hear and squandered his fortune. A man addicted to plastic surgery, trying to recreate himself into I don’t know what but whose face seemed to be falling apart.

I told my husband this morning that at least it seemed that Michael had found some happiness with his children and being a father. I hope that was the case.

Such a tragic life. Such a musical genius who brought such joy with his music but who had such sadness and isolation in his own life. His songs rang throughout my head. I laughed when I thought about Aunt Marj thinking “Beat It” was a gospel song and that Michael Jackson was saying “Jesus, just Jesus.” I thought of the beginning of my wedding video where the music underscoring photos of my husband and me was “Remember the Time” by Michael J

I shed a tear for Michael Jackson this morning. I will miss you Michael. But I’m glad that I will always have your music and memories. You have provided a soundtrack for my life.
Posted by Monica Fountain at 9:41 AM