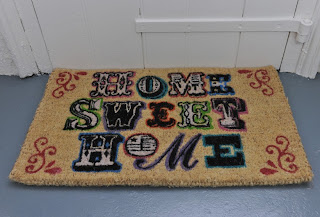 But our citizenship is in heaven. And we eagerly await a Savior from there, the Lord Jesus Christ, who, by the power that enables him to bring everything under his control, will transform our lowly bodies so that they will be like his glorious body. Philippians 3:20-21

At various times in my life, I have lived overseas. I have lived in Spain and England. For that time period that I lived in those foreign counties, they were my “home.”


I lived there. I had an address. I ate, slept and attended school. I made friends, walked for miles, rode the bus, went to church and even partied a little. In Spain I lived in a small bedroom in an apartment of a Spanish family. In England my family lived in a townhouse with a garage and we bought a car.

In Spain, I eventually learned how to speak the language. In England I learned the nuances between American and British English. I learned my new homes cultures and customs. I learned to love things about the places I lived. I even picked up some of their habits. In Spain, I bought sunflower seeds from the street vendors. In England I drank tea with milk and ate Cadbury chocolate and Worcestershire potato chips. Fish and chips became staples in my diet.

But no matter how long I lived in these foreign countries—whether a matter of months in a semester in Spain or years in England earning a degree—those places were not my home.

The day came when it was time to board a plane and go back to the United States of America—the place where I was born. Home.

No matter how comfortable I became in my new surroundings, I always knew I was just a foreigner passing through. I was an American. My roots and my home were in the good ole U.S. of A.

This thought gives me comfort as I think about leaving this earthly tabernacle one day. This world is not my home. I’m just a foreigner passing through. My real home is in heaven with my Father.

Life is just a vapor. We are here today and gone tomorrow. I was reminded of that last month when two beautiful women I knew died one after the other. My son’s P.E. teacher fought a valiant fight against breast cancer for months. The other woman was a young mother with a husband and two sons. She was the former PTO president, active in the schools, community and her church. We worked together in the PTO.

Sometimes a momentary flash of fear comes when I think of leaving this existence. I like it here. It’s what I know. I don’t want to go. I’ve picked up some of the customs. I speak the language. But then I remember this is not my real home.

I pray that I don’t leave here until I accomplish the task that I was sent here to do. In Spain, I finished my course. In England, I earned the credits for my degree. Mission accomplished. I pray that like King David, I fulfill God’s purpose for my life in my times. My life is in His hands. I don’t want to waste a minute, but I know sometimes I have. But while I’m here, I pray, “Lord, use me for your glory.”

Even when I was overseas, sometimes I got a taste of home. McDonald’s was a treat. There was an assurance when I passed the American embassy or saw the U.S. flag, that I had a little piece of home, even in the midst of a foreign land. I had American friends, folks who spoke my native language. And in the body of Christ, we should have a little piece of home--folks who speak our language and a little taste of heaven when we enter into God’s presence. When I see the cross and remember the blood that Jesus shed for me so that I can be reconciled to God, I remember that that blood has sealed my citizenship in God’s kingdom.

I believe that one day I will turn in this suit of flesh and put on a new glorious body. When I leave this body, I’m going home. I’m going to be with my Father, Abba, Daddy God. I will be reunited with my family.I will see some familiar faces of those who have gone before me. I will see Jesus, my brother, friend, Savior and Redeemer.
I’ll be home.
Posted by Monica Fountain at 10:06 AM