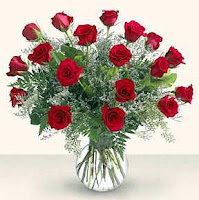 This Sunday, October 24, is Mother-in-Laws Day. Did you forget to mark it on your calendar? Do you plan on buying flowers for that special lady in your life? How about a card?

It may have to do with the difficulty some parents have letting go. Some mothers may loathe the fact that they will not be the number one woman in their son’s life anymore. Others may think, and they might even be right, that the person their daughter has chosen is all wrong and not Mr. Right. But what they fail to understand is that the choice is their child’s and that by mistreating, ignoring or harboring ill will toward their child’s spouse they damage relationships, hurt the family and cause their child stress and strife as the child balances loving their spouse and parent.

My mother-in-law could have hated me. When my husband and I married 18 years ago, my husband left his job and moved to England to join me on a fellowship. He had just been offered a position at another newspaper that he had dreamed of working for one day. But instead, he chose to support me and we packed up and moved to England along with his sons from his first marriage. If I was a mother, I might have been more than a little concerned about my son.

But if my mother-in-law had any feelings, I never knew it. All I ever received from her was love and acceptance. Before we got married I asked if I could call her Mom. It just felt right. She said yes and she has been just that to me ever since. I am her daughter. She makes no difference during Christmas. She doesn’t come to my house to critique or criticize. But I know I can call her if I need advice. She gives me words of wisdom and encouragement. There is always a gift or card for me on my birthday and Mother’s Day. I’d rather spend time in her kitchen talking and laughing any day rather than washing my dishes.

I appreciate her for the son she raised and the many lessons she taught him. I’m glad she taught him how to cook and she didn’t dog me out because he had to teach me how to cook-- my cooking repertoire limited to spaghetti and a few other dishes when I got married. I appreciate the wonderful son she raised-- a man who loves, honors, and respects the woman who gave him life and loves, honors and respects me, the mother of his children. I appreciate how she taught her son that one day his wife would be number one. But by not demanding to be number one, she did not lose a son but gained a daughter.

She has taught me how to be a mother-in-law. Just as I can only hope to be half the mother that my own mother was and still is to me, I hope I will be half the mother-in-law that Gwendolyn Marie Clincy has been to me. One of these days my son and daughter may choose to marry and start their own families. I will accept who they choose to love. I understand it will be their choice and their family but it won’t mean that I won’t or can’t be an important part of that new union. I will respect their choices and always be willing to give a helpful hand or advice. If I have a problem or concern, I pray that our relationship will be one that we can honestly talk and that they will always feel free to come to me. I will tell them my mother-in-law’s lesson—only two people can come between a husband and a wife and that is a husband and wife. I will tell them, “Don’t let anyone, including me, come between what God has joined together.” But if it doesn’t last, I will be there. Spouses may change. But I will always be their mother.

There are other mother-in-laws like Gwendolyn Clincy who defy the stereotype of the mean, meddling mother-in-law. And I hope that their families celebrate them on Sunday and every day.

As for me, I might call my mother-in-law on Sunday and wish her a Happy Mother-In-Laws Day. Tell her that I love and her and appreciate her. Soon, I will take her to lunch. But I might wait until Mother’s Day to buy flowers. She is my mother-in-law by marriage. But she is a mother to me in my heart.
Posted by Monica Fountain at 3:20 PM

Wow!! This is definetly not the norm so consider yourself blessed.