The effectual fervent prayer of a righteous man availeth much. James 5:16 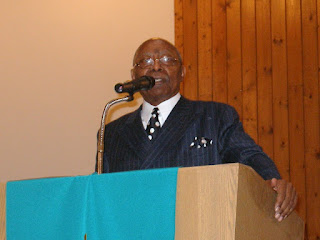 But the two prayers of my father that probably impacted my life the most were never really prayed in church. One of them I heard almost every day. One of them I don’t think I ever heard him say out loud to me, but I know he prayed it. How do I know? He told me so. Because it was the same prayer that his father prayed for him and the prayer that he encourages others to pray for their children.

Before meals as we sat at the kitchen table to eat, my father always said, “The Lord will provide.” I remember some days as he sat at the table he seemed tired. Now that I am older I know where that weariness came from. It was the weariness of carrying the problems of his congregation, the load of praying for others, being an under shepherd to God’s people. It was the weight of carrying people’s concerns about their children, jobs, relationships and problems on his shoulder.

As a pastor, I saw my father sacrifice for others, those who attended our church and those who didn’t. He went to the schools and fought for a quality education for children because he knew that education would open doors of opportunity. He paid people’s bills out of his own pocket, knowing he would never see the money again. He woke up in the middle of the night to see about others and was there to comfort people at the most tragic and trying times of their lives. He prayed for and fought at school board meetings, the city council and corporate board rooms.

But when he retired, after years of standing up for others, nobody stood up for him when he was forced to stop teaching his noonday bible study and moved out of the church office of the church he helped to build and pastored for almost four decades.

“The Lord will provide.”

I couldn’t have understood it then, the pressure to compromise his integrity and sell out the people. The political powers that be that ran our town at the time and even other preachers told my father if you want your kids to go to college, you have to cow tow to the powers that be. But my father trusted in His heavenly Father and said I’d rather my kids be dummies than to lose my integrity.

“The Lord will provide.” 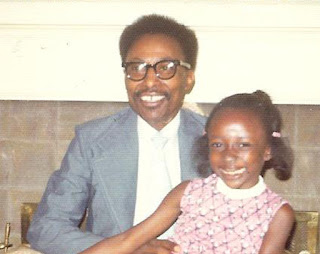 And God did provide for us. I went to college and studied abroad twice and my parents didn’t have to pay a dime for my tuition or board. My brother graduated from college and law school. And my father kept speaking the truth to power, even when some said he should just be quiet.

My father celebrates his 79th birthday today. As I get older I thank God for my father’s prayers.

His other prayer was that God would give me good friends. I see the importance of this prayer as I pray for my own children now. God’s Word says blessed is the man that walketh not in the counsel of the ungodly and that evil communication (bad company) corrupts good manners. As I read God’s Word and witness life for myself, I understand who we spend our time with and call friends affects the course of our lives. “He who walks with the wise grows wise, but a companion of fools suffers harm. (Proverbs 13:20)“. I thank God for blessing me with good friends.

I pray for my children. Before they go to school. In the living room on our knees. In a circle holding hands. In the car on their way to school. When I tuck them in at night. I have them pray--for themselves and others. I smile when my daughter says with excitement and amazement, “God is answering my prayers.” Mine too. One of them being that my children would love God with all their hearts, minds and souls, that they would fulfill God’s purpose for them and that He would provide for them all the days of their lives.

And that God would give them good friends.


What are you praying for your children? Do they know it? Do they see you pray? Even when they don’t see you, do they know that they are an object of your prayers? That you are interceding on their behalf to God?
Posted by Monica Fountain at 4:52 AM