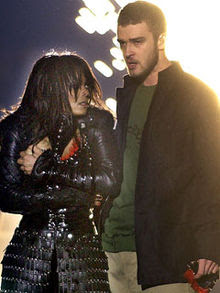 As I walked through the park to pick up my son from school one day, I heard a lady talking on her cell phone. I’m not one to eavesdrop on folks conversations but this woman was speaking loud enough for all to hear and what flowed from her mouth was a fountain of obscenities.
﻿
“F*** this and f*** that and I don’t give a sh***.”

You can fill in the blanks. Her end of the phone conversation would have put former governor Rod Blagojevich’s FBI taped conversations to shame in the use of profanity.

I looked around to see if any children were around the park and just shook my head.

I’m sick of the f-word, the f-bomb or whatever you want to call it. I’m sick of the assault on my senses—my ears and eyes—from a society that has seemed to have lost any sense of respect for others.

A grandmother was hospitalized after being assaulted at the beginning of this year at a Chuck E. Cheese in Dearborn, Michigan. Her offense? Asking a nearby table to please stop using profanity in front of her grandchildren. The result?

"She said, 'please don't use that language with children.' They told her to 'shut the f— up and turn around." according to one of the grandmother's family members. "That's when a man leapt at the table and started swinging. He punched her in the face and dragged her by her hair."

Even our political leaders use profanity in public, whether it is proclaiming as our Vice President Joe Biden did that passage of the healthcare bill was a “big *$%@ing deal.”  Or more recently, a local county commissioner was on the front page of my local newspaper for his profanity-laced response to a reporter questioning him about him being indicted by the U.S. Attorney's on tax fraud charges. The headline read, "Commissioner Beavers on U.S. Atty. Patrick Fitzgerald: 'F--- him' "

Maybe I’m just a prude or a little old-fashioned for sometimes longing for more genteel days when you could turn on the television and see Rob and Laura Petry or Lucy and Desi in twin beds (although even at a young age I wondered how they conceived a baby at such a distance).

I don’t want to see Erykah Badu’s derriere walking down the street. I can do without seeing Brittany and Madonna make out. When did rated R movies start to include full male frontal nudity? When did a stand up comedy act start to include topless women? But at least those things I have some control over. I pretty much know what I’m going to get when I watch MTV or HBO. If I choose to watch Chris Rock, I know I’m going to hear some cursing.

What I really don’t appreciate is the guerilla-style attack on my senses—the ones that jump up and bite you when you’re minding your own business watching what you thought was “family-friendly” entertainment.

I guess the first such attack I can recall is Janet Jackson popping out her breasts at halftime of the Superbowl. When I watch the American Music Awards on network television I don’t expect to be bum rushed by the simulation of oral sex between two men during a performance.

Language matters. Images matter. There has been a steady erosion of societal values. Not that I’ve never said some words that shouldn’t have come out of my mouth. But when I did, I was a kid trying to be cool or a grown-up who was hot with anger and out of control. It was never as a matter of regular conversation.

Is it any wonder that our children have no respect for one another? If a girl is just a b****, why not gang rape her as a group of teens reportedly did New Year’s Eve in Chicago. When we can dehumanize with our language, we justify our inhumane actions. The result? We see our children assaulting one another for sport, punching and kicking victims as they call them racial slurs and other names, and then they proudly display the videos on Youtube.

I remember the day not so long ago when children would not curse in front of adults. A friend posted on Facebook recently that he saw an elderly gentleman say hello to a young man on the train platform and the young man cursed him. “Old man, why the f*** you say hi to me every day!"

“The old man, obviously stunned, immediately turns to the young man and responds, ‘Have a blessed day.’ The young man flips off the old man and tells him never to speak to him again,” my friend wrote. “What’s wrong with this picture?” 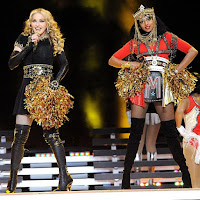 Lines have blurred. What is done repeatedly we become dull to and what used to be unacceptable becomes normal. So now not only do children curse in front of adults, they curse old men for saying hello and they see adults beat up grandmothers in front of children at Chuck E. Cheese.

The children have become our oppressors and I’m afraid we have no further to look than in the mirror to find where to place much of the blame.
Posted by Monica Fountain at 3:37 AM