A prominent Chicago area pastor has been accused of sexually molesting a young lady who came to him for counseling. He has been charged and will have his day in court to deny or confess to the allegations. Published reports say that a confession was recorded by the victim and her mother. Published reports also say that the pastor made a "positive disclosure" to a detective that was consistent with the girl's story. We shall see. Innocent until proven guilty.

Unfortunately, I do not find it hard to believe that it is possible.

I know so many victims and stories of victims of those molested and raped--some right in the house of God-- by ministers, deacons, Sunday School teachers, fathers, stepfathers, stepmothers, and mothers who were supposed to be watching over their souls and instead violated them. Not just Catholic priests, but Baptist, Pentecostal and evangelical pastors who were representative of God to children who instead molested and raped them.

It’s an ugly thing to deal with and so often we don’t. We are dismayed at the downfall of a leader instead of tending to the sheep who have been mutilated.

I pray for the victims. For their healing. For their recovery from the egregious damage done, especially when someone in spiritual authority abuses that authority.

Too often, we show more care and concern for the perpetrator than the victim. The victim of the crime is left to the side and given the side eye, questioned and doubted, even as a child.

Do false accusations happen? No doubt. But there are also cases where by confession or other means, we know that a crime has been committed. And there are so many cases that are never reported.

Does the perpetrator of the crime need prayer, forgiveness, healing and restoration? Yes. But let’s focus on the victim first. They are the ones who have been harmed and wounded. Some have suffered and never recovered. Their view of God forever skewed by the evil trespass done against them.

The Enemy operates in darkness. I pray that God pulls the cover off and reveals those who are hurting his children so that others will not fall victim and those who have suffered will be able to start to heal. I also pray that the Church would help those who have been abused to heal.

In the Spring 2013 issue of the Well Magazine, an article dealing with healing from sexual abuse and the church was published entitled Sexual Healing.

One in four women and one in six men are or will be victims of sexual assault in their lifetime. Someone in the pew at church sitting next to you may have been a victim of rape. Maybe you suffered sexual violence or violation.

Some have been abused right in our churches by parents, stepparents, pastors, priests and other spiritual leaders who preyed on them instead of protecting them.

Broken. Wounded. Ashamed. The effects go beyond the physical and touch every area of life, including the spiritual.


But there is hope for healing.

What are the effects of sexual abuse spiritually?

It is the crushing of metaphor. The Christian leader, pastor, youth worker, parent are meant to be an example of the God who is not seen.

Secular people won’t talk about forgiveness. Christians only want to talk about forgiveness. We can talk about that way down the road, because the anger must be addressed before it consumes the survivor. We first need to bring help to victims so that they can get their feet underneath them. They are trying to deal with pain, rage, humiliation and guilt.
Forgiveness is not a switch you just flip on. Forgiveness is a decision you nurture for the rest of your life. In fact, as you heal, it hurts more because there’s more of you to hurt! You realize spiritual boundaries were also broken.
In helping survivors heal, don’t insist on forgiveness first. Later in the healing journey you can start dealing with forgiveness. First, we need to deal with the anger and rage and put them on the perpetrators. It’s a journey that will take the rest of our lives for many abuse victims.
The sovereignty of God is not in what he prevents, but in His ability to weave together the broken pieces of our lives. It’s a process and it requires us to help heal them here where they were broken. God gives us free will and responsibility too. He lets consequences play out. He doesn’t just stop the train from running over the car.
But He’s given us wisdom. We’re going to have to lean on each other. We all have to come together to help the broken among us. 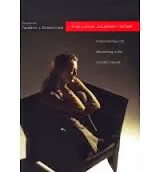 This is the first in a series of articles that will examine the issue of abuse and healing for survivors.  Dr. Schmutzer will respond to readers’ questions in the next issue.

If you would like to contact Dr. Schmutzer, he can be reached at  andrew.schmutzer@moody.edu or you can send your questions for the next issue to monicaatthewell@aol.com. 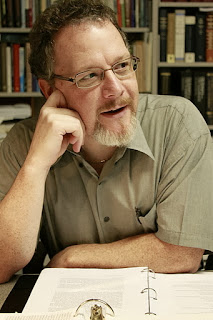 Dr. Andrew Schmutzer is professor of Biblical Studies at Moody Bible Institute in Chicago where he has taught since 1998. He has authored and contributed to several works, including The Long Journey Home: Understanding and Ministering to the Sexually Abused (Wipf & Stock, 2011).

Posted by Monica Fountain at 7:17 AM