Wife, mother, writer, teacher and scholar. These are a few of the roles that describe Monica Fountain. 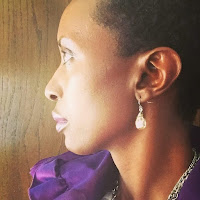 A 1986 graduate of Kankakee High School, Fountain earned her bachelor’s degree, summa cum laude, in news-editorial journalism from the University of Illinois at Urbana-Champaign. Fountain also studied Spanish at the University of Seville in Spain. In 1992, she was awarded a British Marshall Scholarship and studied politics and economics at the University of Sussex in Brighton, England where she earned a bachelor’s degree in politics.
As a writer, Fountain has interviewed prisoners and presidents. She has written for some of the top newspapers in the country including The Washington Post, The Chicago-Sun-Times and The Chicago Tribune. As a staff writer at the Tribune, she covered a variety of issues including politics, crime, health and human services and social issues.


As a freelance writer, Fountain’s work has appeared in The Chicago Tribune where she has profiled celebrities and newsmakers from Rosa Parks to Queen Latifah. She has also written for the Washington Post Style section and Black Enterprise magazine. Most recently, an essay entitled “What I Will Teach My Black Son to Fear” appeared in the Chicago Sun-Times Sunday Controversy section.
Fountain cites the church and her parents as the greatest influences in her life. She grew up in the church and accepted Christ as her Savior at an early age. Her father, Rev. William H. Copeland Jr., was the pastor of the Morning Star Baptist Church in Kankakee, Ill. for 36 years. Her mother, Leola Copeland, a nurse by profession, has been an example of a Proverbs 31 woman.
God has used Fountain’s love for children, singing and teaching in her ministry in the church and the community. Fountain has directed and trained children’s choirs, youth choirs and adult choirs. She has taught Sunday School, Vacation Bible School and other bible studies and also served as children’s church director. She has been a featured speaker at churches, women’s retreats, seminars and prayer breakfasts. She considers writing as an extension of her ministry and has written and directed several plays and musicals for youth groups.