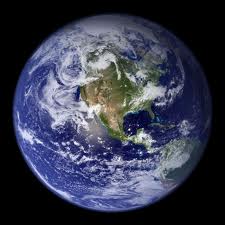 In the beginning God created the heavens and the earth. Genesis 1:1

The first thing we see God doing is creating. If you never heard of God, you would know him by looking at his work. Nature speaks volumes about who God is. His creation.

The pinnacle of His creation is man who was made in the image of God. God did not just speak man into existence. He made him. “Then God said, ‘Let us make man in our image, in our likeness…”( Genesis 1:26).  He lovingly molded him, formed him, sculpted him, fashioned him, created him in his own image. Then God himself breathed into man. “The Lord God formed the man from the dust of the ground and breathed into his nostrils the breath of life, and the man became a living being.” (Genesis 2: 7).

We are reflections of God and he has breathed his life into us. Unlike animals, we can be creative like our creator and because he breathed his spirit into us and we can be inspired and create something beyond ourselves.

God’s creation reflects God’s power and love. His creation has order and beauty. God pays attention to the details. The color of a flower. The shape of a leaf. There is diversity. From the tiny ant that crawls on the ground to the giant whale that frolics in the sea. From the power of the invisible to the naked eye atom to the power of the sun millions of miles from earth.

God speaks through his creation. As the scripture says, the heavens declare his glory. If you really want to see God, just look around you. As a matter of fact, just look in the mirror because you are fearfully and wonderfully made.

Lift your eyes and look to the heavens: Who created all these? He who brings out the starry host one by one, and calls them each by name. Because of his great power and mighty strength, not one of them is missing. Isaiah 40:26

Do you not know? Have you not heard? The LORD is the everlasting God, the Creator of the ends of the earth. He will not grow tired or weary, and his understanding no one can fathom. Isaiah 40:28

The heavens declare the glory of God; the skies proclaim the work of his hands. Day after day they pour forth speech; night after night they reveal knowledge. They have no speech, they use no words; no sound is heard from them.  Yet their voice goes out into all the earth, their words to the ends of the world. Psalm 19:1-4

When I consider your heavens, the work of your fingers, the moon and the stars, which you have set in place, what is man that you are mindful of him, the son of man that you care for him? You made him a little lower than the heavenly beings and crowned him with glory and honor. Psalm 8:1-5

For you created my inmost being; you knit me together in my mother’s womb. I praise you because I am fearfully and wonderfully made; your works are wonderful, I know that full well. Psalm 139:13-14


Take a walk outside or study the human body. How do you see God reflected in his creation?


I praise God as the Creator who …
I thank Him for…
Posted by Monica Fountain at 5:07 AM